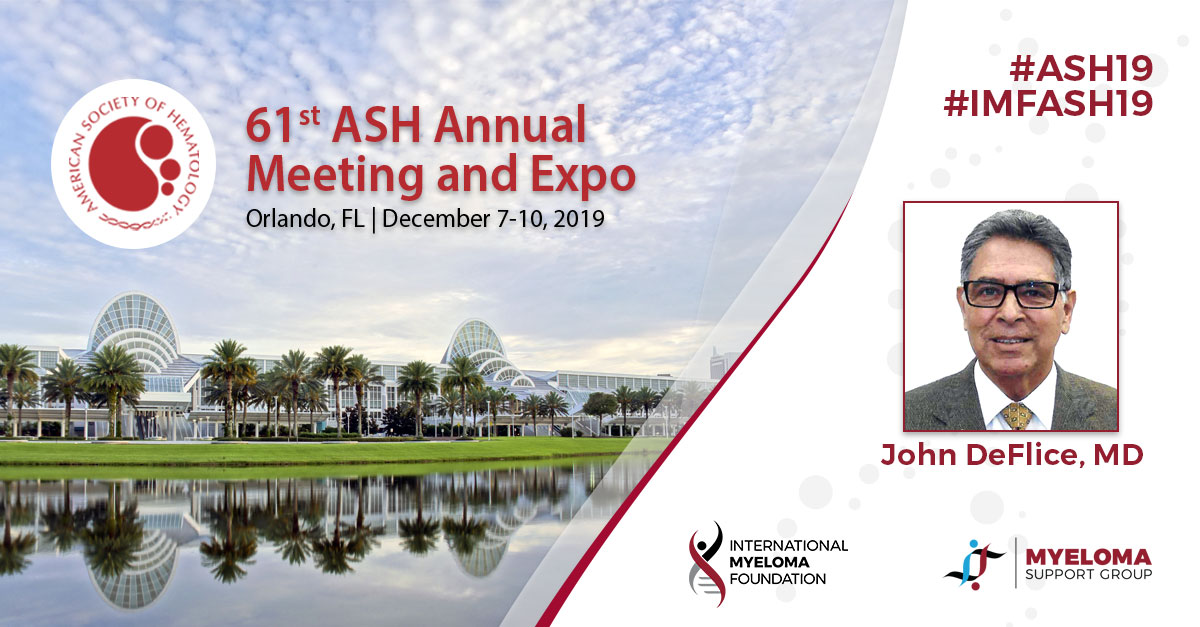 Daratumumab is a monoclonal antibody (mab), with a tumor antibody target (tu), derived from a human antibody source (mu). It targets the CD38 site which is a glycoprotein that is highly and uniformly expressed on the surface of the myeloma cell. This provides the strategy for immunotherapy.

The phase I portion of the Griffin study was presented at ASH 2018 which demonstrated a good safety profile. The phase II study presented at ASH 2019 by Peter Voorhees, M.D. clinically has demonstrated a high response rate and significant depth of response. The end point of the study was a stringent complete response and MRD negativity. These results were very favorable when compared to the control arm of the study. The side effects of quadruplet therapy using daratumumab include cytopenia and upper respiratory infections. The overall survival at 2 years was 96% in the daratumumab arm of the study. Long term follow-up of this study will determine the progression free survival and if MRD negative status will remain with maintenance therapy.

Just as Bubba reminds us, there are plenty of great ways to cook and serve shrimp. The Griffin study suggests that a quadruple frontline therapy may be on the menu for treating newly diagnosed multiple myeloma followed by ASCT, consolidation, and maintenance therapy.