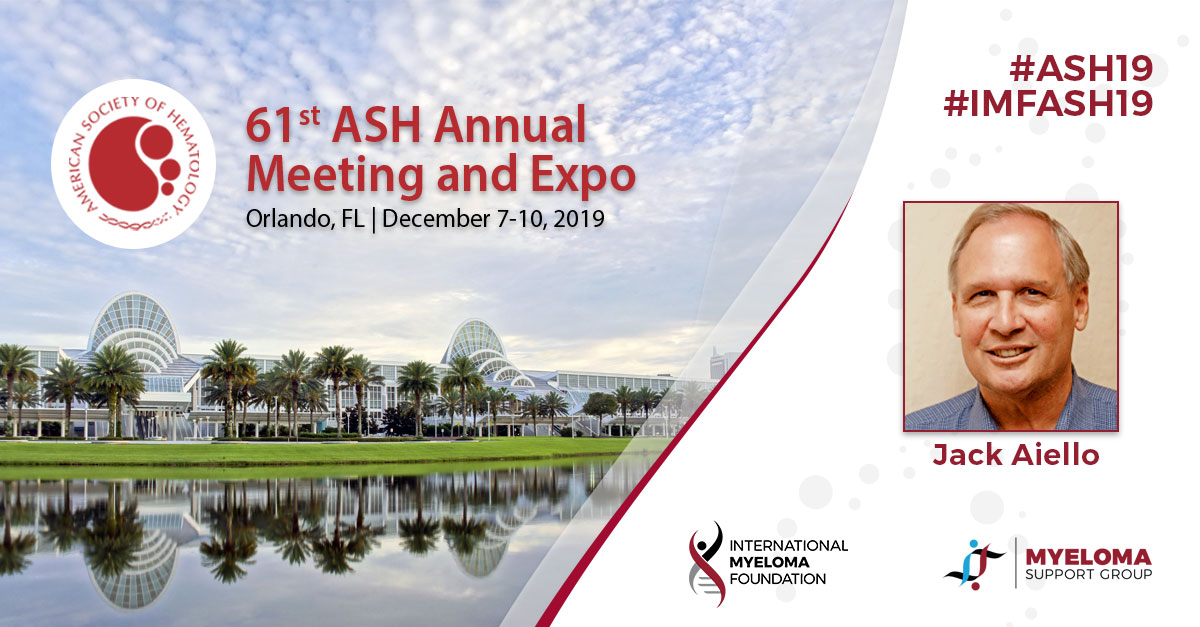 Before providing details of our final full day at ASH (noting #abstract where applicable), let me review some activities from yesterday (Sunday 12/8/19). In the morning I attended a number of myeloma cancer care delivery abstracts (#383, #423, #424) where topics like diversity and racial/socioeconomic impact were discussed. Black/African-American patients are less likely to have transplants; but with treatment access at the Veterans Administration, they actually do better than their white counterparts. Perhaps, in small part, that could be because blacks, on average are diagnosed 3 years younger. However, because African-American baseline creatinine (kidney) levels are higher than whites, clinicians might misperceive renal function. This misperception could lead to reduced levels of Revlimid prescriptions (since Rev is secreted through the kidney). In one abstract example, the National Cancer Database for Myeloma patients diagnosed 2005-2015 concluded that there’s no overall survival (OS) difference between Medicare and private insurance patients.

I attended some biology abstracts (#506, #507, #508, and #509) which presented potential new markers as targets for, say, prognosis and treatment. These included CD27- vs CD27+ T cells, ROBO1, PHF19, and Mutated Lymphopoiesis & B Cell Oligoclonality. I can’t tell you what they mean but am still happy to see research discussing new targets.

The rest of the day was spent meeting with various pharmaceutical companies such as Takeda, GSK, Karyopharm, and Amgen, (except Takeda), all of whom are relatively new to developing MM products and want to connect with patients so that they can provide better patient products and materials. Hopefully, they will continue to also sponsor the IMF, which provides so many patient services.

Now onto Myeloma Monday, which provided fascinating information about new products or treatment regimens. Here are just a few, which started at 7 a.m. and went till 7:30 p.m. Highlights included (# abstract number), and remember, unless otherwise noted, these immunotherapy treatments of CARs, Antibody Drug Conjugates (ADCs) and BiTEs are typically in trial for previously treated patients whose T-cells have been beat up:

There were certainly more which I’ll pull together in a summary blog and my annual ASH write-up. In the meantime, you’ll want to view a replay of Monday night’s IMWG Conference Series that featured Drs. Brian Durie (Chairman of the Board, International Myeloma Foundation), Joseph Mikhael (IMF Chief Medical Officer), and Maria V Mateos (University of Salamanca, Spain).  Make sure to listen to the replay if you didn’t hear it live. It’s a great one-hour summary of ASH2019.

Wishing you the best of health!